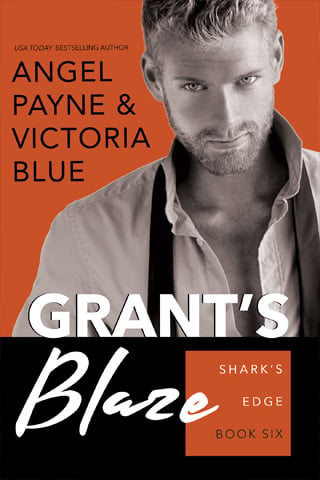 Being someone’s rock is a role Rio Gibson never saw herself playing. On most days, she’s not convinced she can even care for her adopted stray cat. But waiting for the safe return of the man she loves might be the most excruciating trial of her life, and she’s pulled herself together with strength she never knew existed.

Grant Twombley has reached his limit. Normally gregarious and good-natured, his spirit takes a leave of absence after he’s returned to Rio’s side. He’s unharmed—or so it appears. He never thought he’d revisit the dark side of his temperament, but it slides back into place like his favorite worn-in jeans. And what do you know? The damn things still fit.

Maybe a little too well.

If Rio can conquer her demons, she just might be the guiding light Grant needs. But will it be enough for them to finally have their shot at happiness?